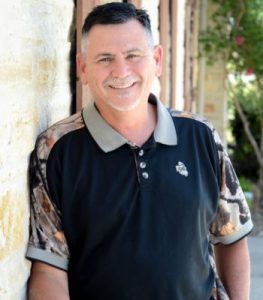 Dr. Michael Grier is a native Texan and grew up in a small town on the edge of the Dallas-Fort Worth Metroplex. He has lived in North Central Texas his whole life except for four years in Houston while in dental school. Dr. Grier earned his Bachelor of Science in biology and chemistry from Texas Wesleyan University and his Doctor of Dental Surgery from the University of Texas Health Science Center School of Dentistry.

Dr. Grier started working in his father’s dental lab when he was only 15 years old and had six years of experience as a crown and bridge lab technician prior to dental school. He began surgically placing implants in 1988, has continued orthodontic training and has been an American Orthodontic Society member since 2005.

When he’s not in the office, Dr. Grier enjoys water sports, including wakesurfing, water skiing and WaveRunners. He also enjoys snowboarding in Colorado, as well as bow fishing! He loves to take the boat out on the river, as well as cooking and entertaining.

Dr. Grier has been married to his wife for over 40 years, and she has been in dentistry as long as he has! Together they have four children, two boys and two girls. Three of them are adopted, and all but one of their daughters is married. They have four granddaughters that they enjoy spending time with.

Our friendly team is excited to meet you! We love helping you improve your oral health and achieve your smile goals, and we will work closely with you to help you feel right at home and receive the care you need in a relaxed and comfortable environment. Contact Grinview Smiles today at 817-866-2065 to learn more and make your appointment with our dentist in Grandview, Texas.

Cristy was born and raised right here in Grandview, Texas, and graduated in Grandview as well. She then went on to receive her cosmetology certification in 2006 and became a registered dental assistant in 2012. Her additional education and certifications include nitrous oxide, OSHA regulations, CPR, OAS and AOA.

Cristy started working for Grinview Smiles part-time in high school and has enjoyed growing in many roles over the years — she is always happy to be a part of this family! For Cristy, the best part of this job is helping patients have the best experience while achieving their dental goals!

Cristy has been married for over 10 years, and she and her husband have twin girls. When she is not in the office helping patients, Cristy loves to travel, nap, watch movies and spend time with her loving family.

Kaitlyn was born and raised in Grandview, Texas. She attended school here in Grandview and started working for Dr. Grier after graduating high school. Only three months into working here, she achieved her registered dental assistant certification and certification in nitrous oxide. She took a brief hiatus from the practice in 2014 to achieve her health science degree. She has received her orthodontic assistant certification (OAS and AOA), and her additional education, training and certifications include OSHA regulations and CPR. Kaitlyn enjoys interacting with her patients every day and helping them accomplish their goals.

In her free time, Kaitlyn is a Mary Kay beauty consultant for one of the top five units in the U.S., and she enjoys attending Bible studies with her church and spending time with her family. She is happily married and has a son and a daughter.

Melissa was born in Willard, Ohio, and grew up in Alvarado, Texas, where she graduated high school in 2010. She is a registered dental assistant and has received additional training and certifications in nitrous oxide, OSHA regulations and CPR. Melissa loves everything about her job and providing any dental treatment patients need to help them smile. She loves learning something new every day with Dr. Grier. In her free time, Melissa enjoys spending quality time with her family. She is happily married and has a son and a daughter. A fun fact about Melissa is that she is bilingual and is able to help our Spanish-speaking patients! 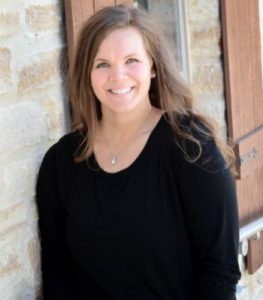 Molly was born and raised in Gainesville, Texas, and went on to study marketing at Tarleton State University, where she graduated in 2012. But she did not stop there! Molly also earned her Master of Business Association and graduated in 2014. She loves all her coworkers and taking care of things behind the scenes.

Molly has been married for over three years and has a daughter. When she is not taking care of Miss Hadley or helping patients in the office, Molly loves spending time outside, going camping, taking photos, wakesurfing, and spending with family and friends.

Shelly grew up north of Waco in Elm Mott, but she also calls Penelope and West Texas home. She graduated from McLennan Community College with an Associate of Art degree in 1997, and she received her Bachelor of Science in dental hygiene from Texas Woman’s University in May 2000. She has received certifications in nitrous oxide, CPR and OSHA regulations, and she takes continuing education classes throughout each year. Her favorite part of being a dental hygienist is helping people create a preventive program that helps them keep a lasting, beautiful smile.

In her free time, Shelly loves to spend time with her family, watch movies, play games and travel. She is married to her high school sweetheart, Joe, and they have three children, three dogs and five chickens. Her girls keep her busy with competitive cheer and dance, and her son loves sports, cars and Nerf guns. Her family is of Czech descent and strongly loves their heritage.

Teresa grew up in North Richland Hills and currently lives in Grandview. She graduated from Richland High School in 1994 and has additional registered dental assistant training, along with training in nitrous oxide and CPR. Her favorite part of working at Grinview Smiles is assisting patients with their oral health and their financial concerns.

Outside of the office, Teresa loves spending time with her family, shopping, watching sports and being outside with her husband, Jeff. They have three children and a Golden Retriever. Teresa started working for Dr. Grier in high school and just could not stay away. She loves what she does and being a part of the Grinview Smiles team.